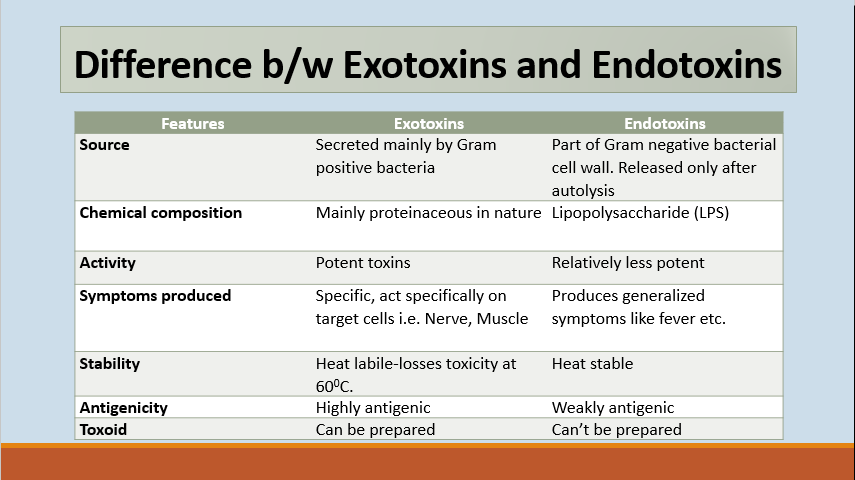 Differences between Exotoxins and Endotoxins